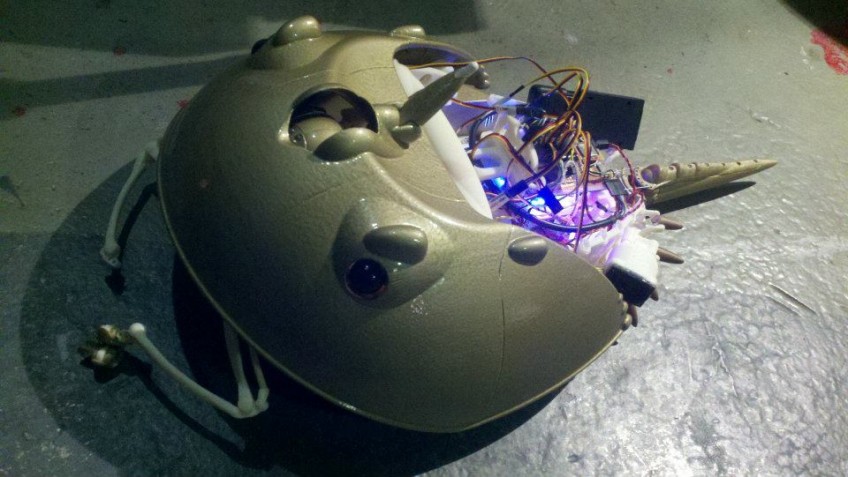 Today was actually a big day for Arthur, we more fully populated his motor cortex with servos and got most of his overall parts to move, his tail, both front arms, and antannae. We also got some of the movement tweaks, which are very important, initiated and redesigned the entire shell lift mechanic anatomy. Where I previouslyhad designed a system with one large high torque servo and dual spring assists attached to axles on each side joint, that was all removed, and I put back one each of the eyelid servos on each side in the front and made a somewhat eggshaped cam that fit onto each servo. Even though both servos combined weigh less, take up less volume, have less torque, and cost less, together they do the job much better than the previous arrangement. So, all in all, Arthur is really growing up fast.

Also, if you look closely you’ll see that if one of his hands falls off he can easily pick it up with the other, though someone else would have to reattach it for him.