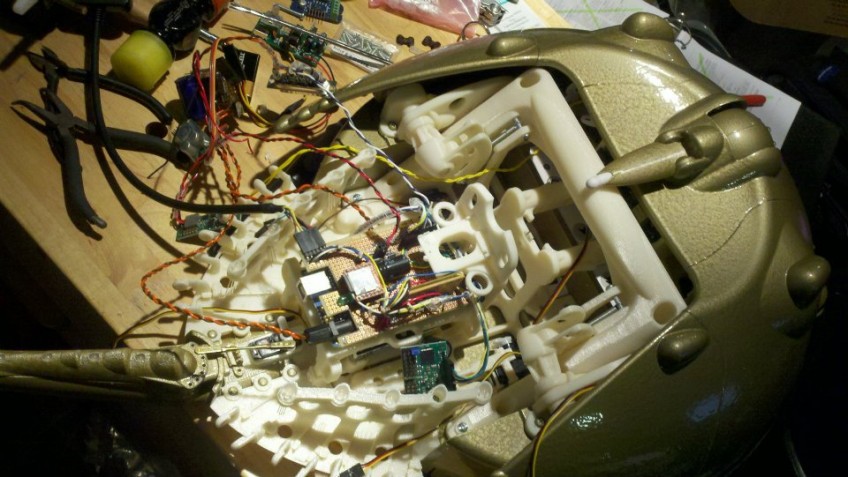 We just set the CNS into the frame for the first time here, this was but a few hours before we left. For whatever reason it has been this way on a number of prototypes I’ve built, not the kind of thing most would expect, even me if I didn’t know better from experience: for a robot to receive it’s brain at the very last stage of initial development, especially one so complex as this, and have it work… mostly;) At least he survived, the last time I did this I had no prior knowledge of what circuit boards were being installed, thus I couldn’t prepare for them, and although that robot worked when he left, he didn’t when he arrived, for his poor brain had rattled about in transit… poor thing. Although the wired development brain wasn’t with me this time either, I had exact physical copies of all circuit boards, modeled them all in detail in my 3D model file, and secured them all on their own customized mounts(mostly still unmounted in this pic), so Arthur is still alive and well.